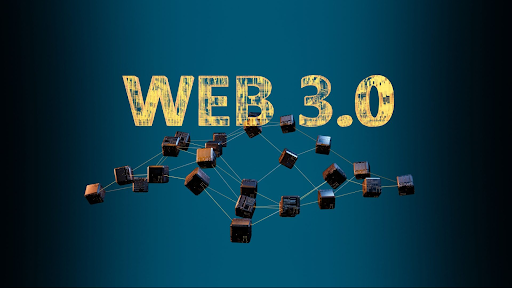 With the increase in popularity of crypto, blockchain and NFT, we hear more often about Web3 and the future of the internet. But does it actually mean - Web 3.0 - and what was before that? Let’s dive into it in this short yet technical review of the future of the Internet.

Before explaining what Web 3.0 is, we need to first understand Web 2.0 and Web 1.0. All three are just concepts, idea, that are used to describe and generalize the approach of how the internet is built and what conventions are achieved in a way that developers build websites.

It was called just a web, and it primarily consisted of read-only pages. Because the internet was a development of an inter-university libraries network, it represented mostly plain HTML documents, such as articles, newspapers and books. Of course, they were inter-connected via hyperlinks, making it a true web of information. But for 99% of users it was a read-only experience, without possibly interacting - similar to how we use Wikipedia these days.

Since 2004 and to present days, the current Internet can be referred to as Web 2.0. Web 2.0 is a concept that represents the internet that has added interaction between users, primarily via platforms as a medium. It was the invention of Facebook, Youtube and other social media that allowed people to create their own content and post it on the internet, comment on it and interact with other users. This stage has made the internet look as it is today, allowing people to leverage on functionalities built by IT corporations without a need to know how to build websites. This concept is extremely efficient in enabling people to interact with each other, share thoughts, ideas and just content for fun - which led to a significant growth of the user base of the Internet.

This stage coincided with the invention and development of mobile internet networks of new generations (3G and up), the invention of smartphones (first iPhone release in 2008 was an industry changer, even though smartphones and handheld computers existed before), and the mass adoption of the internet. Growth of the mobile segment is a separate story, but the adoption of mobile smartphones has led to the era of mobile apps, which are also a big part of Web 2.0 success. The growth of user base and monopolization of the market by a few corporations, such as Google, Facebook, Apple and Twitter, has led to a centralization of user’s data and abuse of privacy. All these corporations collect users’ personal data to analyze and predict their behaviour and sell this data (or provide access) to advertisers so that they can benefit from targeted ads. It puts a user in a vulnerable position, because user agreements are too long and complex for an average user and the temptation to use services such as Instagram or Google is too big to be concerned about privacy, though it’s unethical and can lead to severe social and political implications.

That is why after the Trump election in 2016 there were many public trials of CEOs of the biggest IT giants, such as Facebook’s Mark Zuckerberg, CEOs of Google and other social media. Also, the legislation in the EU protecting user data has led to many companies complying with the newly introduced laws and led to billions of dollars paid in fines for breaking these rules in the past. That is why today many IT corporations have to implement internal rules that are  more strict than national laws, because corporations policy should be in compliance with the regulations of every jurisdiction that they are operating in. Sometimes it even leads to localized versions of apps and services specifically for some locations, such as limited movie and game libraries available in the Middle East - either due to copyright licensing or due to local restriction on what is considered explicit or prohibited content.

All these problems are specific to Web 2.0 concept, where data and services is centralized, and with the growth of the word community of internet users, we reached to a point where we either need governments and corporations to strictly regulate what we are allowed to do on the web, or allow the spread of socially harmful content and hateful content. And in most cases corporations prefer to allow governments to set the rules, putting their user base vulnerable - other than selling user data to advertisers, corporations allow police and secret services gain access to user data based on prosecutor’s or judge’s decision, in many cases even for data of innocent suspects. This data includes direct messages, geo location data, search history etc. This brings us to a demand for a decentralized, free concept of the internet, where users are owners of their own personal data and where users can decide if they want to sell access to this data or not - which is represented by a concept of Web 3.0.

Now when we are familiar with the history of Web 1.0 and Web 2.0 we can move further to the next blog post describing what are the essential aspects of Web 3.0. Long story short, it requires a substantial level of decentralization, like in torrent networks. It also has a higher level of anonymity, is built on crypto / blockchain tech, and gives wide opportunities of using tokenomics, decentralized finance (DeFi or De-Fi), and generally more of an idea right now rather than actual technical recommendation. The drawback of the Web 3.0 that is being criticized right now that storing information on decentralized network will require information to be duplicated multiple times across the network which causes the lower level of security and reliability - because even if current way to store data in giant data centre is a centralized approach, it still provides security, accessibility, reliability and cost efficiency. So, centralization is not alway a bad thing, and decentralization can also be built in an inefficient and vulnerable way.

To sum up, there are many things to discuss in the Web 3.0 concept, and chances are that in won’t even make it to the widely adopted revolution and will exist as some local ideas with occasional implementation - but even if it doesn’t make it to the conventional, global standard of internet, it is being implemented right now across many services to some extent. So, it is worth learning what tech we have right now to support the implementation of Web 3.0, and it is definitely worth learning it because most of the Web 2.0 companies can benefit from implementation of some of the blockchain / Web 3.0 technologies, even without switching to the Web 3.0 architecture. Stay tuned to read our future blog posts on topics of Web 3.0, NFTs, de-fi and decentralized internet :)